After the catastrophe caused by 2017’s Hurricane Maria, many Puerto Ricans were left without electricity for months. Now, the Puerto Rico Electric Power Authority (PREPA) has put forward a plan to radically reform electricity access on the Caribbean island .

The latest draft of the integrated resource plan (IRP) has been greeted with mixed reactions by environmentalists and clean energy advocates. Like many Caribbean islands, Puerto Rico has long depended on electricity generated from imported fossil fuels. The new plan has a heavy emphasis on utility-owned solar energy with battery storage but also involves constructing three new terminals for the importation of liquefied natural gas (LNG) to be burned to generate electricity.

A worker stands in a cherry picker while fixing power lines on a utility pole in the town of Limones, Yabucoa, Puerto Rico.© 2018 BLOOMBERG FINANCE LP

The Sierra Club de Puerto Rico has celebrated the movement towards renewable energy, although the organization remains vociferously against the planned privatization of PREPA. The NGO’s Environmental Justice Organizer, Adriana Gonzales, is blunt about the problems facing Puerto Rico.

In a recent Sierra Club statement on the IRP, Gonzales notes that “during Hurricane Maria hundreds of people died simply because they couldn’t keep their insulin refrigerated, or their oxygen machines running. We need the solar and storage in this plan so we can protect health and safety through the next hurricane with distributed, reliable energy infrastructure. I’m also proud to see my island taking the lead in addressing the climate crisis. Puerto Rico, a small island burdened by punitive debt obligations, could soon be leading the U.S. in the adoption of new solar technology.”

What’s Next For Puerto Rico?

In the IRP, PREPA lays out the future development and recovery of the islands’ electricity grid for the next 20 years. The move should allow for the better allocation of resources and for the utility to improve its service to the public. In addition, it notes what factors may impact the future supply of electricity such as new regulations, physical assets, and risks from natural disasters.

P.J. Wilson, President of the Solar and Energy Storage Association of Puerto Rico, greeted the announcement with caution saying that, “PREPA’s initial filing of their IRP could be a step in the right direction, but it only marks the beginning of a long formal process where stakeholders will intervene to encourage its eventual certification by the Energy Bureau. We are glad to see the draft plan includes a focus on shifting towards decentralized generation and anticipates the growth of solar and storage. We will be working to ensure the final IRP complies with all of the aggressive targets being set by the new 100% renewable energy requirements, which we hope will soon be signed into law.”
The proposals offer a pathway to divide the island into eight connected regional “mini-grids” . Each of the regional grids would be interconnected, but also capable of generating its own power and functioning independently in the event of a natural disaster.  Each mini-grid would be further broken down into smaller microgrids, which could function autonomously to service a small community. There would be further microgrids built in remote regions of Puerto Rico that are not easily accessed by transmission lines. 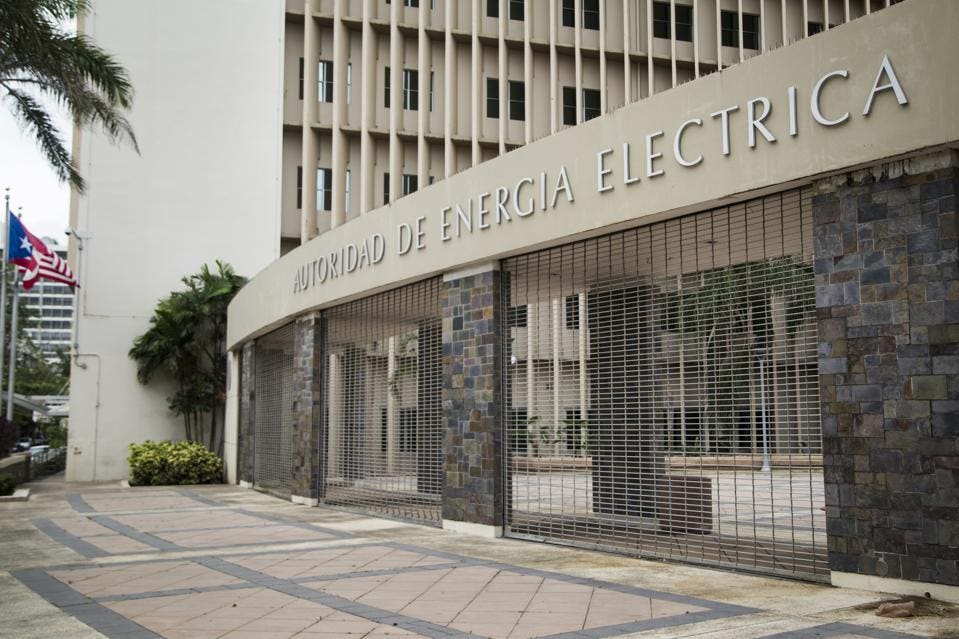 The implementation of the microgrids aims to help communities prepare themselves for future hurricanes, and also maintain the country at the forefront of the use of clean energy. The government of Puerto Rico seeks to improve the resilience of the island to future climate events through the implementation of cutting-edge technology and revolutionizing the traditional utility model.

Puerto Rico Governor Ricardo Rosselló endorsed the decentralized model as part of his “New Vision for Puerto Rico” speech at the Aspen Ideas Festival last year saying, “We want to lower the costs. This is a major driver of economic growth. We want distributed generation. We want microgrids everywhere within the island. This is an opportunity to leapfrog into the future and create an Energy 2.0.”

The IRP contains plans for the largest solar and battery storage project in the United States to date, with over 2220MW of solar energy backed up by 1080MW of storage. As the entire US electricity grid currently include just 1031MW of storage, this is an unprecedented feat in the region and ten times bigger than the much-discussed South Australiaenergy storage project installed by Tesla last year.

The IRP includes the phasing-out of coal and oil to generate electricity, with benefits to both public health and air quality. However, it is not a move to 100% renewable energy. The plan includes an increase in natural gas imports, which campaigners argue should not be seen as a cleaner alternative. In fact, leakages of methane are 87 times more potent than carbon dioxide over a 20-year time period.

Noticeably absent from the IRP is a move to encourage homeowners to install domestic solar and storage systems, which could threaten the utility’s profits further. However, some homeowners with the financial resources available have left the grid, fearing a future storm could leave them without power once again.

But, PREPA needs to find a model that keeps the company profitable while also offering an improved service. The threat of utility death spiral looms. If more consumers defect from the grid, it reduces the demand for electricity. For the company, the fixed costs remain the same inevitably forcing them to raise prices, which in turn encourages more people to leave the grid. The downward spiral ultimately could lead to bankruptcy for a utility with many negative implications for its remaining customers. PREPA argues that the solutions in the IRP give a stronger future for itself and the island as a whole. 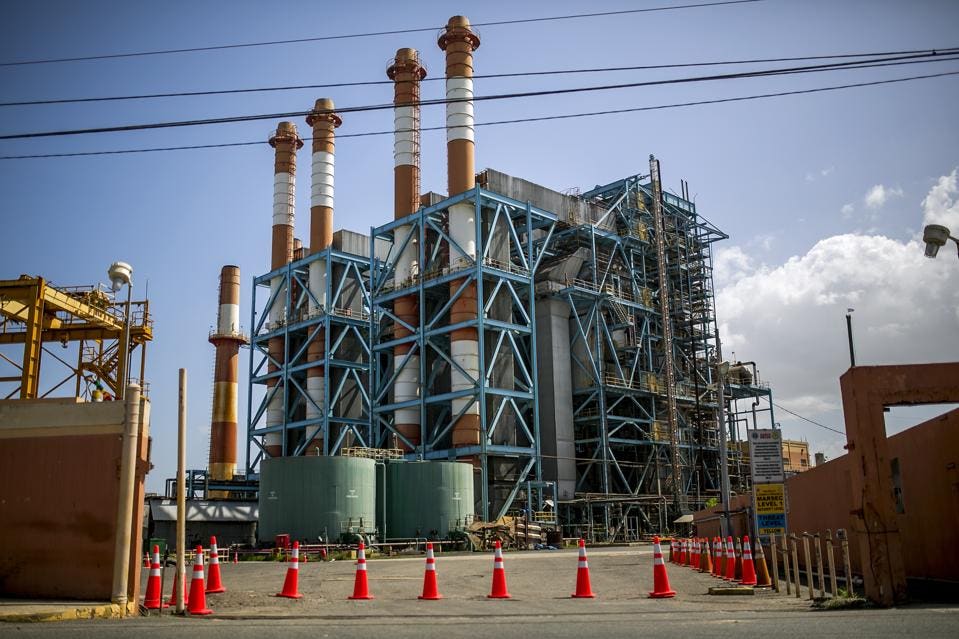 For longer than most can remember, Puerto Ricans have paid some of the highest energy costs in the U.S. to a notoriously unreliable utility that neglected their grid for years and runs fossil-fuel plants that may be damaging their lungs.© 2017 BLOOMBERG FINANCE LP

Almost all of Puerto Rico’s electricity generation is located along the island’s south coast, but the majority of the load demand is in the north in the greater San Juan area and surrounding resort communities. By decentralizing the generation, PREPA aims to avoid the repeat of the outages of recent years with generation distributed across the island.

With these fundamental changes proposed by PREPA, Puerto Rico can minimize the possibility of another disaster on the scale of Hurricane Maria, which had a death toll of almost 3,000 people. Puerto Rico has an opportunity to pioneer new grid technology that could improve lives for local people and be a model for the world to replicate. The IRP is the start of a long reform and the rebuild will require substantial investment. But the results and benefits will not only improve the economy of the country or be friendly to the environment but will give more security and stability to its citizens.